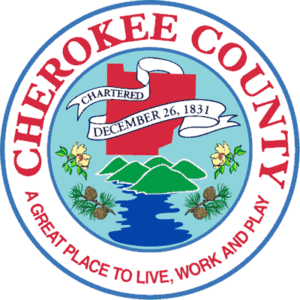 The Cherokee County Board of Commissioners is the local governing body of one of the fastest growing counties in Georgia and the Southeast. The county is home to one of the lowest tax rates and the highest SAT scores in the state.

One of the fastest growth segments of Cherokee County’s population was an influx of the first wave of the millennial generation who were purchasing homes and building families. Increasingly, these millennials were turning to online and social media as a primary resource for news about local issues and events. The county felt that their traditional marketing efforts were not reaching and informing this audience.

In addition, county leaders were becoming increasing concerned about the county’s digital and social media presence online and the impact that it may have been having in the economic development competition with other local communities across the country in attracting new businesses and large employers to the county.

Arc 3 Communications worked with Cherokee County Board of Commissioners to develop a plan for creating content for their website and social media networks to educate and inform stakeholders, constituents, businesses and c-level executives.

Through the development of a content marketing plan which included an identification of key messages, audiences and content buckets, the county was able to launch a new website and social media program that reached key audiences. Training was provided to county department heads and staff on key social media channels and tactics; content tips and the content marketing ideation process.

However, a successful content marketing and social media campaign is not just measured by the number of likes and followers. More importantly Cherokee County has seen an increase in citizen engagement and civic reporting, greater citizen awareness about their local government, and more economic development leads. Cherokee County was just recently awarded the location to the county of Inalfa Roof Systems, an economic development win that was recognized by Governor Nathan Deal and the Georgia Economic Developers Association as the “Deal of the Year” for 2013.

Thank you to our clients, friends and colleagues who have helped to make Arc 3’s 2nd year a great success. We set out to do ambitious and interesting work in 2013, and our clients have entrusted us to do just that.

Over the last year, we have done innovative work in the area of content marketing, digital and social media for clients in the political, public affairs and government space. It has been our passion to help trade associations, right-center campaigns and local and state governments evolve their communications and marketing strategies to fit the digital age.

Content and measurable data are both important to us. Arc 3 has helped clients to develop and implement effective strategies and campaigns that help them to achieve their organizational goals in a complex media and public affairs landscape. Content marketing and digital and social media only work if they help an organization to reach those real world objectives that result in a return on their investment.

The golden age of mass media communications through print, television and radio has begun to fade, and a new multi-platform and digital age has begun. The digital age has resulted in new ways in which people – especially millenials – are processing issue and policy information.

Over the last several years, businesses have been going through a transition from traditional marketing to content marketing out of necessity in order to reach consumers. Our civic institutions, campaigns and trade associations will have to change as well in order to sustain their key roles in the public square.

As our agency grows and evolves in the dynamic landscape in media and public affairs, we look forward to another year of fun, interesting and purposeful work.

Arc 3 Communications recently participated in Big Data Week in Atlanta. The goal of Big Data Week was to hold community events focusing on the social, political, technological and commercial impacts of Big Data. One of the many discussion items of the week among data scientists, marketers and social media experts was the impact of social data, primarily in the examination of consumer behavior and the ability to predict sales and craft marketing messages.

However, social data is also a powerful tool for understanding the American voter, and like traditional phone surveys can help in the understanding of voters’ opinions on an issue and their intensity.  Social data which consists of the analysis of tweets, posts and discussion items on social media channels, forums and blogs, may also be a future indicator in predicting voting behavior. A recent study by social scientists at Indiana University of 800 competitive Congressional races in 2010 and 2012 revealed that getting more tweet mentions relative to your opponent meant higher vote margins. The social scientists found that the frequency with which a Republican is named correlates with the Republican vote margin in the subsequent election, independently of other factors such as incumbency, media coverage, partisanship and demographics.

While the ability of tweets to predict the vote is a topic of much discussion, the use of social data as a tool in understanding the opinions of  voters and how to develop targeted messaging to them is well established after the last election cycle. The Obama 2012 campaign through its 200 digital and 50 analytics team members was able to utilize social data to develop effective message development and targeting strategies while also identifying advocates for the campaign.

Another powerful use of social data for advocacy by the Obama campaign was the development of a Facebook App that enabled supporters to match their Facebook friends with the Obama campaign’s various lists and then send a message to undecided voters in key swing states asking them to take action such as sharing viral content, signing up for the campaign or voting on Election Day. This tactic known as Facebook targeted sharing, was developed by the Obama team to offset the 50% drop in landline usage among 18 to 29 year olds. Despite being difficult to reach by phone, 85% of this same group were friends with an Obama 2012 Facebook App user. Through the Facebook targeted sharing app over 600,000 Obama supporters were able to reach over 5 million people by Election Day. 20% of the 5 million reached took some action, such as registering to vote. Hundred of thousands used the tool in the days leading up to the election. The Obama campaign’s Facebook targeting app represented a significant  advancement in voter contact – overlaying traditional voter file data with social graph information and relationships.

The supplementation of a voter file with social data will become the norm by the 2016 election cycle and innovative campaigns are already taking this task on for 2014. One of those chief innovators on the Republican side is U.S. Senator Mitch McConnell of Kentucky whose campaign is creating a statewide voter file that adds social data so that the campaign can track and target individual voters based on what they’re saying online. According to Senator McConnell’s campaign, it has already matched the voting records of close to 40 percent of Kentuckians – more than 1 million voters – with their online persona. Senator McConnell’s campaign plans to monitor in real time the social and online outputs of voters in Kentucky in order to understand voter perceptions about issues and the candidate. Through this process, the campaign will be able to measure voter sentiment and the level of engagement on various issues.

Social data is the future of campaigns and a powerful new tool that can help a candidate understand voter opinions on key issues and serve as an advocacy tool. In time, social data may be able to accurately predict voting behavior in a race. As campaigns begin to experiment with social data, it will be critical that the proper metrics and algorithms are established. Campaigns will need to ensure that they connect their social media and social data operations to their off-line grassroots and get-out-the-vote operations in a meaningful way that translates into supporters and votes. This will become an increasing challenge for national and statewide campaigns in the immediate future.

Storify is a powerful tool for content curation. In today’s digital age of social media and mobile devices, everyone is now a content producer as the 24 hour news cycle yearns for instant reporting of news events. Storify is a platform upon which individuals can aggregate tweets, posts, photographs, videos and links from social media including Facebook, Twitter, Instagram, YouTube, Pinterest, Google+, Reddit and Flicker to create powerful stories on any subject matter. Storify creates a new layer above the social networks that helps users create a coherent story that is interactive and dynamic.

Started in 2009 in San Fransico, Ca. by founders Burt Herman and Xaxier Damman, Storify currently has well over a million and half individual users. News media outlets from the Wall Street Journal to ABC News have reporters and editors that are using Storify to curate content from the social web. Presidential candidates Mitt Romney and Barack Obama also utilize Storify in their campaign efforts. Team Romney has created 145 stories while President Obama’s campaign has created 78 stories on Storify. The Romney campaign was able to obtain over 38,000 views of a Storify story regarding a bus tour that coincided with Romney’s announcement of Paul Ryan as his pick for Vice President. President Obama’s campaign used Storify to highlight First Lady Michelle Obama’s trip to the Olympics in London to draw attention to her visit.

Our founder and President of Arc 3 Communications, Patrick Burns recently used Storify to curate content from social media to tell the story of his experience as a Delegate from Ga. to the Republican National Convention in Tampa, Fla. Patrick was able to use Storify’s bookmarklet to drag and drop status updates, photos and videos from Twitter, Facebook, Foursquare, YouTube and Instagram to bring together the social media elements that best illustrated his experience as a Delegate in Tampa. Storify not only allowed for the collection of elements from social media, but also allowed for the writing of a headline, introduction and text inside his story. As one who utilized social media and pitched traditional media at the convention, Storify was an excellent vehicle to assist Patrick in pulling together all the elements of his trip and better communicate his experience. Upon completion of his story, Storify also allowed Patrick to share his story with his social networks, and notify all the people quoted in his story such as comedian, Dennis Miller; RNC Chairman, Reince Preibus; Mitt Romney; Chris “The Fix” Cillizza of the Washington Post, Erik Erickson of Red State.com and Timothy Carney of the Washington Examiner. Storify’s platform also allows readers to interact with the social media elements of Patrick’s story and share it with their followers.

Below is a link to Patrick’s story in Storify regarding his experience as a Delegate as told via the many social media networks that were prevalent at the RNC Convention.