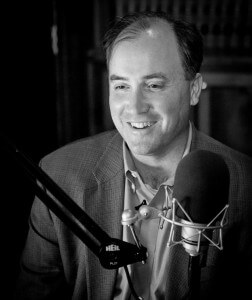 Patrick L. Burns is founder and president of Arc 3 Communications, a public affairs agency that specializes in content, digital and advocacy services.

Arc 3 works with trade associations, businesses, non-profits, and government agencies to help them achieve their organizational goals through the production of dynamic content, innovative digital campaigns and effective advocacy that results in online and offline success.

Patrick is a 30 year veteran in media and public affairs, working in government and academia and in the agency world. Prior to founding Arc 3, he oversaw the public affairs practice of the oldest independent public relations agency in the Southeast; managing integrated public affairs, media and digital campaigns for trade associations, businesses and government agencies. Patrick managed all lobbying efforts and content production for clients in the public affairs practice, including press releases, design collateral, radio and television ads, web design and social media content. He received numerous awards from the Public Relations Society of America in the areas of marketing, media relations, issues management and radio PSA’s.

Prior to his agency experience, Patrick served as a Research Associate at the A.L. Burruss Institute of Public Service at Kennesaw State University where he managed public policy, media and public opinion research projects for clients in the government and non-profit sectors such as the U.S. Army Corps of Engineers, the U.S. EPA and the Pew Charitable Trusts.  He also directed programs in campaigns and ethics, training hundreds of political candidates at the local and state levels.

Patrick began his career on the staff of Congressman Newt Gingrich, then Minority Whip of the U.S. House of Representatives. He served with Congressman Gingrich during his ascendancy to the Speakership and during his two terms as Speaker. Patrick served as District Aide, interacting with state and local officials and representing the Congressman at district events. He also managed district projects such as the Chattahoochee River Greenway Project with the National Park Service and served as a policy advisor.

Patrick serves as a resource to media on public affairs, having appeared in  publications and outlets such as the Atlanta Journal-Constitution, the Marietta Daily Journal and Fox 5 Atlanta.

He is a past chairman of the U.S. Chamber of Commerce Southeast Public Affairs Working Group and a member of the Knights of Columbus. He was a Delegate to the Republican National Convention in 2012 and an Alternate Delegate in 2004.

He resides in Marietta, Ga. with his wife Mary and their five children. They attend Holy Family Catholic Church.