Facebook and Google announced that they would be joining forces with eight French news organizations to launch fact checking tools to root out fake news in France ahead of the country’s presidential election.  Facebook is also taking steps against fake news in Germany, where government officials have expressed concerns that false stories could influence a federal election in September.

The Washington Post reports on the growing popularity  of a variation of  Twitter “bots” called “cyborgs”. Cyborgs mix human creativity and initiative with a computer’s speed, allowing their views to gain audience while sidestepping the traditional gatekeepers of news and commentary. For example, one conservative twitter cyborg user tweets more than 1,000 times a day using “schedulers” that work through stacks of his own pre-written posts in repetitive loops. With retweets and other forms of sharing, these posts reach the feeds of millions of other accounts. One research team at Elon University in North Carolina found that “highly automated accounts” supporting President Trump — a category that includes both bots and cyborgs — out-tweeted those supporting Democrat Hillary Clinton by a ratio of 5 to 1 in the final days before the Election 2016 vote.

Wired reports that while the prevalence of apps like Countable and Democracy.io make it easier than ever to send electronic communication to members of Congress, not much has changed in how Congressional staff respond to these messages. Despite the dramatic increase in email communication by constituents over the years, research by Zogby found that a third of people who email Congress receive no response, and nearly half of those who did receive a response found it lacking, usually because they believed it failed to actually address their issue. According to Seamus Kraft of the OpenGov Foundation, software used by staffers to respond to email messages remains antiquated. To solve the software and technology problem, the OpenGov Foundation has proposed a “Congressional Digital Service” not unlike the White House’s United States Digital Service (USDS), which works to modernize government agency websites and technology.

Associations Now reports on how the Internet Movie Database (IMDb) service (now owned by Amazon) has decided to end its online message boards due to trolls and the consistent negative tenor of comments provided to the site. Associations Now attributes the lack of an investment by IMDb to modernize the commenting system to allow for self-moderation as one of the reasons that the quality of the message boards deteriorated. The IMDb website has over 250 million monthly users.

Motherboard goes into an in-depth analysis of Cambridge Analytica and its data analytics efforts in helping to elect President Trump. The article explores whether analysts for Cambridge Analytica utilized newly developed methods to derive peoples’ personality traits from their activity on Facebook and then crafted messages to persuade them to vote or not to vote in the 2016 general election. 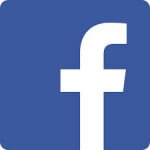 Speaking of news and Facebook, Tech Crunch reports that Facebook is taking its trial of measures to combat fake news beyond the United States for the first time – rolling out the updates in Germany. The measures that Facebook has been testing in the U.S. to fight fake news include making it easier for users to report fake news by letting users click in the top right corner to report a suspect post; badging suspect content with ‘truth warnings’ and down-ranking it to make it harder for it to spread; and reducing financial incentives for spammers to create fake news as a route to generating advertising revenue by eliminating the ability for them to spoof well-known news websites. To identify fake news, Facebook is working with external fact checkers who are signatories of Poynter’s International Fact Checking Code of Principles

The Washington Post reported on how the presidential inauguration committee utilized social media ads to encourage Trump supporters to attend inaugural festivities. The ads on Facebook and Instagram showed a video of then President-elect Trump inviting supporters to come to The Mall on January 20th for his swearing-in.

For those not able to attend the festivities or watch them on TV, Tech Crunch outlined the many ways to stream the presidential inauguration online. Of note was YouTube’s partnership with several media outlets including NBC, CBS, Telemundo, Univision and The Washington Post to broadcast the inaugural ceremony and festivities on its platform.

Soon after the swearing in of President Trump at 12:01 p.m., January 20th, the incoming Trump administration relaunched whitehouse.gov, including a new splash page for collecting email addresses and Trump’s biography. Politico reports that a major overhaul of the site is scheduled for later in the year.

Wired reports that the Republican National Committee’s Chief Technology Officer, Darren Bolding is moving to Cambridge Analytica as its new CTO, where he will build products for commercial and political clients. Cambridge Analytica is the data firm that helped engineer Donald Trump’s victory in the general election.