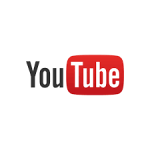 Digital and social media are changing how government institutions, political campaigns and trade associations are communicating and marketing to their key audiences.

In TechCrunch, Josh Constine writes  about how Instagram and Twitter’s adoption of algorithmic feeds will force social media marketers to step up their content game on these platforms. Constine argues that the creation of a Facebook News Feed-esque ranking system for Instagram and Twitter will result in brands needing to post high-quality content and receive a consistent stream of Likes from people in order for their content to keep being seen by those that follow them. He argues that the free ride is over and that the quality of each gram and tweet will matter as to how the content is placed in front of consumers on their feeds. Constine points out that Snapchat will be the only major platform to remain authentic, serving content to users as its created and posted.

In VentureBeat, Ken Yeung highlights how Google is building YouTube Connect, a live streaming app product to take on Periscope and Facebook Live. The product which will be available on Android and iOS devices and is likely to be released at Google’s I/O developer conference in May. The app will allow users to login via a Google or YouTube account and immediately begin streaming from their mobile phone. According to Yeung, videos will be viewable live within the app, as well as on the YouTube site in the users’ respective channels. It will also be possible to store previous broadcasts in the app, which will make it possible for users and their friends to watch replays of their videos.

In DigitalGov, Jessica Milcetich, who manages social media for USAGov, provides a step by step guide to government agencies for making Snapchat stories as accessible as possible. Milcetich points out that in its current form, Snapchat isn’t a highly accessible platform that is up to to government accessibility standards (a situation that is not unique for emerging technologies). Her step by step guide figures out how to address these accessibility issues on Snapchat, so that government agencies can use the app.

In Associations Now, Ernie Smith explores that while email is a big workhorse for associations, sending too much email can lead to members tuning the association’s email communications out. He points to a recent study by the email marketing firm First Insight that shows that sending too much email can not only hurt engagement, but lead to complaints from recipients. The report recommends a strategy of sending fewer, more targeted messages to segmented audiences which leads to more effective results.

In the Atlantic, Vann Newkirk writes that in its 10 years of existence, Twitter has given rise to forces that are completely reshaping the course of political dialogue. Newkirk argues that Twitter’s impact in politics became very clear early on with President Obama’s adoption of Twitter and the rise of the Tea Party movement on Twitter in response.  Newkirk points out that the Tea Party’s rise to prominence mirrored the virality and exponential message growth that Twitter creates. According to Newkirk, Twitter is now engrained as a must have political tool with candidates, voters and commentators engaging with each other in candor, frankness and geniune back and forth dialogue.  He points out that the amount of discursive access to politicians is unprecedented in the past century of American politics and that this transfers power away from politicians and empowers groups and citizens who are Twitter savvy.  He argues that America’s early politics of the leaflet and town-hall based democratic scrum has been re-purposed and hyper-focused on Twitter, and that this has democratized modern political dialogue.

These are some of the reads that matter to us for the week in digital and public affairs. What do you think? What are your favorite stories? We’d love to hear from you.