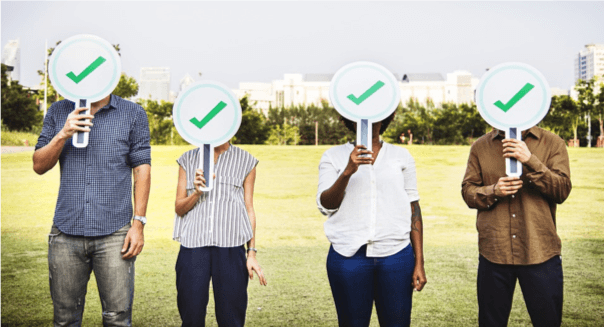 When it comes to making a change in your community, the most powerful tool you have is the community itself. How you can mobilize your community has evolved with the growth of social media, but many of the traditional methods still remain most useful. In fact, all of these tactics should be used together to bring awareness and organize your community to support your issue and gain the attention of your elected officials. This article will explore what is known as “slacktivism,” a form of social media engagement regarding a cause, and traditional tactics to bringing attention and action to an issue.

In our age of social media, many issues become viral social media campaigns resulting in shares, comments, likes, and views but most of the time, little else. This isn’t to say “slacktivism” is entirely useless, in fact, it does raise awareness of an issue and can even inform people and get people talking about the subject. The problem lies in that these campaigns alone rarely result in action being taken. People comment, like, and share or sign an online petition and feel accomplished, like they have done something to help the issue when, in fact, it takes much more effort than that. This is why the term is a combination of “slacker” and “activism” because not much effort goes into participating in these online interactions and involvement often ends there.

This does not mean that online advocacy is useless, as previously stated, it can work wonders in raising awareness and spreading a message further and faster than many traditional forms of information sharing. It becomes hindered when it ends with this social media step. When people hit share and feel they have done enough and then move on. In turn, if it goes on to spark action and mobilization in the non-digital world, then it can be measured as a useful tactic. Online advocacy should be viewed as a tool, and not a complete solution to driving your issue.

The traditional ways are still the most effective for mobilizing your community. Traditional methods are complemented and enhanced by the online and social media aspects we have in the digital age, but the tried and true forms of raising awareness and prompting action still hold strong. As stated before, engagement efforts must be utilized offline in the community itself to see real results. Writing letters and direct mail, volunteer phone banking, going door to door, and organizing local precinct level meetings are proven ways to reach the people of your area and really add voices to your cause. These tactics allow you to know that you are reaching the population you intend to reach and also allow you to form relationships that will benefit your cause in the long run. These traditional strategies combined with an online strategy will help mobilize your community. The effectiveness of your traditional and online strategies, however, hinges on a properly developed and crafted message. It is vital that your message informs and is credible and factual.  You also want to be prepared to answer any tough questions that may be raised regarding your position and help alleviate any concerns among elected officials, the media and the public. Having a message that is factual and based on credible personal stories and sources goes a long way in building support.

When bringing attention to an issue, both new and traditional tactics can be used together to mobilize your community, gain support, and ultimately bring about desired policy and legislative changes. Digital advocacy and social media campaigns are persuasive and bring awareness, while traditional measures bring people to concrete action within the community. A balance of these different tactics will help result in successful campaigns. These strategies used with a strong message, grab people’s attention and provide them with enough facts to make an educated decision to act. A community mobilized behind an issue is an extremely effective force in getting a legislative or policy change. In fact, it’s near impossible to get things done otherwise. 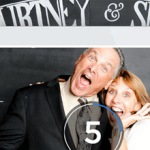 Designed primarily for professional event planners, agencies, large corporations or organizations in the Atlanta area, EventBooth offers a complete suite of products to make it easier to organize and get local events to stand out with branded photos that users can opt to share online or take home in print.

Though consumers can download EventBooth as a standalone iPad application, which can connect with consumer wireless printers for at-home printing, the app works best when paired with one of the company’s proprietary Photo Stations, which rent for about $1,000 for the day.

And if companies or organizations want to brand their photos with a special hashtag or logo, they can opt to purchase one of EventBooth’s premium monthly admin subscriptions that allow customizable photo strips.

Indeed, the free version of the app allows users to archive up to 100 MBs of data or about 50 images, and premium subscriptions offer up to 1GB of archived storage and additional features like customization at a cost of $20 – $100 per month.

If you’re just looking for a END_OF_DOCUMENT_TOKEN_TO_BE_REPLACED