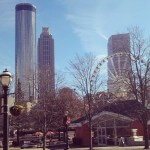 Effectively communicating in the digital age can be a daunting task for any sized local government, large or small.

Indeed, in a 2013 Public Relations Journal report, researchers concluded that while about 70 percent of local governments utilize some form of social media, they’re not doing enough to effectively engage their constituents.

Yet social media tools like Facebook and Twitter provide a tremendous opportunity for municipalities by offering the ability to quickly reach large amounts of people and engage with citizens in ways simply not available just a few short years ago.

At the federal level, these tools have already revolutionized everything from emergency response strategies to campaign planning. And at the municipal level, some cities have seen success with these platforms, cultivating audiences numbering in the hundreds of thousands.

The most effective cities have done this by engaging with residents and visitors daily through timely news updates, announcements and information exchanges.

Below is Arc 3’s  list of the top ten cities in the United States on Twitter based on followers, citizen engagement and the providing of timely tweets. These cities are very active on the social media platform, forming relationships with constituents and public and private partners.

Rather than concentrate the Twitter  activities of all of the city’s departments into one account, many large cities across the United States have elected to create separate Twitter accounts for their more high profile divisions. While effective in reaching targeted audiences, departmental accounts dilute overall Twitter strength of the main organizational account and may explain why some major cities are not on our top ten list.

For example, the City of Chicago maintains nearly 20 different specialized Twitter accounts, including ones for its mayor’s office, schools, and departments of police and transportation. For purposes of citizen engagement, these specialized approaches can be especially effective for mega cities but may not be a valuable use of resources for smaller municipalities.