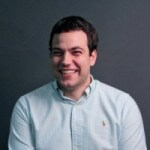 Chris Shattuck is a summer graduate of Georgia State University with an honors degree in public relations and marketing.

An Atlanta native, he currently lives in Decatur, enjoys traveling and is passionate about photography and digital media.

Chris oversaw all aspects of weekly content, design production, marketing & advertising for The Signal. During his tenure as editor-in-chief, The Signal was recognized as the “Best College Newspaper” by the Southeast Journalism Conference.

Chris has also worked as an intern for The Carter Center‘s Office of Public Information and as a full-time reporter for Global Atlanta, covering local business and culture in Atlanta from a global perspective.

At the Carter Center, Chris worked on expanding the Center’s social media presence and established a working guide for the use of Google’s On Air Hangouts for major press announcements with President Jimmy Carter and program directors.

Chris is the author of his own blog, theinkyfinger.com, where he writes about issues relating to the City of Atlanta, Georgia State University and various media trends. He is particularly interested in the intersection of digital media and public affairs as it relates to increasing government transparency and community engagement.

After graduation, he hopes to build on his experience as a public relations professional for a U.S.-based international agency, corporation or nonprofit.

“At Arc 3, I want to practice the skills I’ve learned in school – and hopefully pick up a few new ones along the way – in a small agency environment that lets me work with different clients on diverse accounts,” Shattuck said. “I think Arc 3 is a good opportunity for me to do that and opens doors for me after I graduate.”