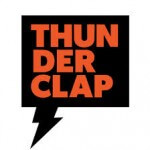 Trade associations and grassroots organizations often evaluate the effectiveness of a social media campaign in terms of “likes” and “re-tweets” as an indicator of audience reach. Yet, for even the most established organizations with the best of messages, piercing through the noise to make a measurable impact can be a difficult challenge.

By combining an organization’s existing network of supporters with crowdsourcing technology, the tool offers social media account managers another option in their collection to quickly share well-crafted and timely messages.

If used effectively, Thunderclap can easily function as an alternative to social media ad purchases and get key messages trending across platforms.

Similar in design to crowdsourcing giants Change.org and Kickstarter, it works by allowing brands to create a campaign page with a clear goal and deadline – ideally to promote an event or call to action – and lets supporters lend their Twitter and Facebook profiles temporarily to unleash a flood of posts on a topic.

Because of its capability to easily amplify a shared message, the social tool is particularly popular with activists, unions and advocacy groups.

For example, the White House encouraged supporters in April to use Thunderclap for their #NowIsTheTime campaign to reduce gun violence, drawing more than 18,000 supporters with a collective reach of more than 16 million people in total.

In 2012, Thunderclap partnered with Beyonce for a campaign focused on the United Nation’s World Humanitarian Day for a record one billion social media messages across platforms.

Thunderclap can be used effectively for trade associations and grassroots organizations seeking greater exposure if account managers keep in mind the following tips:

Thunderclap messages must be short, sweet and to the point. Casual visitors to the page should immediately understand the reason behind the campaign and be motivated to take action.

However, don’t complicate the page with too much text, which can scare off visitors or, worse, confuse them about what you’re asking them to do.

And remember: optimistic, upbeat or inspiring causes tend to do the best when it comes to social sharing.

2.    Be realistic about campaign goals.

It’s easy to want 10,000 people to sign up for your cause, but it may be wiser to start off with a smaller, more reasonable target for your first campaign.

Remember, you can always exceed your goals and that reflects much better on you than if you fail to reach an overly lofty target.

To maximize your chances of a successful campaign, decide in advance which channels that you believe will be the most effective in reaching sympathetic supporters to your cause.

Of course, Twitter and Facebook are great places to start for this sort of self-promotion. However, be careful not to ignore other more traditional channels such as email and newsletters, which can augment your posts and allow you to explain the campaign more fully and in depth. Indeed, a well-written direct email to some of your closest contacts can be particularly effective in rounding up support.

4. Provide lead time for the campaign

Along with reasonable goals and promotion strategies, a good campaign employs enough lead-time that it can reach as many people possible

Because Thunderclap often relies on user support days in advance of when messages are posted, it’s good practice to publish the campaign and promote it multiple times in advance of the deadline.

5.    Have a follow-up strategy in place

After your first (hopefully) successful Thunderclap campaign, don’t let the conversation end as abruptly as it started.

Follow up on the dialogue created by directly engaging users and, if possible, direct them to future events or resources that may be available to maximize the campaign’s effectiveness.

For additional advice on how to manage an effective Thunderclap campaign, read the service’s official guide or contact us.

Let’s talk about how this tool can ramp up your social reach to support a cause or campaign important to your trade association or grassroots group.