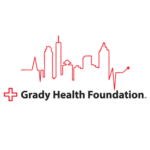 In an effort to increase public awareness about Grady’s unique role in the health of the city and state, the Foundation hired Arc 3 Communications to remodel its traditional marketing program into a content marketing program that utilized its website, social media, email marketing and digital advertising programs in a way that created a donor content journey that resulted in more subscribers, donors and advocates for Grady. Grady’s leadership sought to transform an essential Atlanta institution into the leading public academic health center in the U.S., and have patients and their families rave about their experience at Grady regarding the quality of care they received.

Working with the Grady Health Foundation staff and the Grady Health System public affairs team, a content audit was made of all content online; and a strategy session was conducted to identify audiences of current and potential donors, stakeholders and advocates. Audience personas were created and a content marketing program was developed that included the messages and content strategies that resonated with different donor audiences via the Foundation website, social media, email marketing and digital advertising via Facebook and Google. Content strategies included having a good balance of content in a variety of specialty areas that pertained to the capital campaigns underway, and having content with both broad donor appeal and geared towards more elite audiences such as major gifts and foundational grants. Seasonal trends – such as end of year giving – were also considered and out of the park content was planned each quarter and repurposed. Reused content such as photos and stories from the remarkable history of a 120 year old Atlanta institution was also incorporated into social media strategies. Video content for the Foundation’s annual White Coat Grady Gala honoring Grady’s top physicians and their lifesaving work was also created and repurposed throughout the year leveraging healthcare observances in specialty areas. Analytics and testing tools were utilized to analyze content before and after publishing on the website, social media, email marketing and digital ad platforms. Headlines, images and text were tested and reworked for improvement. As content was readied for distribution, channels were carefully selected and optimal times for publishing on them were chosen. Data and traffic were looked at every day for success or failure and improvement.

Today, Grady Health Foundation’s website is one of the most visited online health care foundation destinations. Its social media following is also impressive, with more than 8k  Facebook fans and 5k Twitter followers. The Grady Health Foundation has seen a dramatic increase in donations made over its website and seen an increase in major gifts to its capital campaigns and grants from national foundations from across the country. Within the last year, Grady raised a record $1.8 million at the annual White Coat Grady Gala and saw the official dedication of the Marcus Trauma and Emergency Center at Grady, funded through a contribution made by philanthropist Bernie Marcus and the Marcus Foundation. 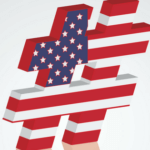 Since the introduction of hashtags by former Google Developer Chris Messina on Twitter in 2007, hashtags have grown in their effectiveness as an advocacy and mobilization tool. Hashtags have long been an effective tool on Twitter, helping to organize people by shared interest. However,  hashtags have been embraced on other popular social media platforms such as Instgram, Facebook, Pinterest and Tumblr. Hashtags allows social media users the ability to connect by interest in an expansive way. This is important in the noise of today’s digital dialogue.

A campaign or political organization can utilize hashtags to reach extended, adjacent and even far-off networks of people with similar interests. Hashtags is an effective tool in organizing people of a shared interest, value or belief who may not yet be socially connected.

Here are some tips for incorporating hashtags into social media posts to promote your political content and connect with those of a shared interest.

1) Ideology: One of the easiest ways to promote your organization’s content is to reach those of a like ideological mind. The most popular ideology hashtags are #tcot, ‘top conservatives on twitter”  and #p2, “progressives who prioritize diversity and empowerment” and #tlot, “top libertarians on twitter”.

2) Party affiliation: Although there is a close correlation between ideology and party identification, in order to ensure that you reach all of those with a shared party affiliation, include a reference to your local, state or national party. The most popular hashtags are those associated with the respective state parties. For example in Georgia, the Republican Party hashtag is #gagop and the Democratic Party hashtag is #gadems.

3) Issue: In the promotion of a issue or policy, utilization of a hashtag to build support for the issue is an effective tool. Providing quality insights and updates on timely issues is a way to build supporters and followers. The Google QDF rule (quality deserves freshness) applies to search on social media networks by hashtag. People hunger for meaningful content on timely issues and will search to find it. For example, #healthcare, is one of the most popular hashtags on social media, due to it being a timely and relevant issue as Congress has recently been discussing alternatives to the Affordable Care Act such as the American Health Care Act.

4) Location: Geo-location is critical in social media. As social, location and mobile merge together, the ability to connect with those in your immediate vicinity is important in the promotion of a post. Placing a hashtag that indicates your location can not only build credibility in your posts, but can draw the interest of those in your local area. People hunger for local news around them, and the power of connecting with people in your local area on social media cannot be underestimated. For example, state and local specific hashtags such as #gapol and #atl ensure that you are reaching people in your local area. If you are attending a place, event or conference see if there are hashtags that have been developed for that specific site. For example, at the national party conventions last year, #RNCinCLE  and #DemsInPhilly were the respective hashtags for these events.

5) Social TV: There is a strong correlation between live television and social media. People love to share insights on TV programs on their 2nd screen and watch alongside others online to see their feedback. During last year, some of Twitter’s most trafficked moments occurred during the Presidential debates between President Trump and Secretary of State Clinton that aired on live TV. Utilizing hashtags for specific events that air on television is way to connect with followers and audiences and promote your posts. Before the first Presidential debate, Twitter and the Commission on Presidential debates released official debate hashtags #Debates and #Debates2016, along with corresponding emoji.  The result was that the 1st debate showdown between Donald Trump and Hillary Clinton was the most-tweeted debate ever. All told, there were 17.1 million interactions on Twitter about the event, according to Nielsen’s Social Content Ratings.

6) Look to the Past: History and sentimentality about the past is a fundamental part of the human experience. People love to remember and are drawn to content that reminds them of the “way things were”. Our civic institutions and political parties have a rich history in which content can be pulled. One of the fundamental parts of being a candidate is telling your biography and life experience. Utilizing a hashtag such as #TBT (Throwback Thursday) or #FBF (Flashback Friday) can be very effective in gaining followers as they are some of the most popular hashtags on social media.

7) Humor: Humor disarms and is a powerful weapon to articulate a point of view to someone who may or may not agree with you. Use of humorous hashtags can enlist followers and supporters for your cause in more subtle way. For example in the 2012 Presidential election, the Obama campaign utilized the #Romnesia hashtag to describe Governor Romney’s inconsistent policy stances over the years. Many hashtags or slogans that are started in earnest by a campaign or group can become hijacked by the opposite side who use the hashtags in a humorous way. In the 2012 campaign, the Obama-Biden team had put out the hashtag #forward, a key campaign slogan. The RNC quickly utilized the #forward hashtag to describe moving “forward” to $491 billion in higher taxes for Obamacare; deficits over $1 trillion; and $1.9 trillion in higher taxes.

With the continued integration of search and social, hashtags are an important part of content and social advertising strategies for all social media platforms, not just Twitter. The use of hashtags can connect your organization in a timely manner with the audience you are trying to reach and promote your content. So don’t forget the #hashtag in your next post.